For people in parts of Lower Western and Upper Western Forecast Districts.

Weather Situation:
Severe thunderstorms are likely to produce damaging winds in the warning area over the next several hours. Locations which may be affected include Tibooburra, Wilcannia, White Cliffs, Ivanhoe and Milparinka.

A wind gust of 85 km/h has been recorded at Tibooburra. 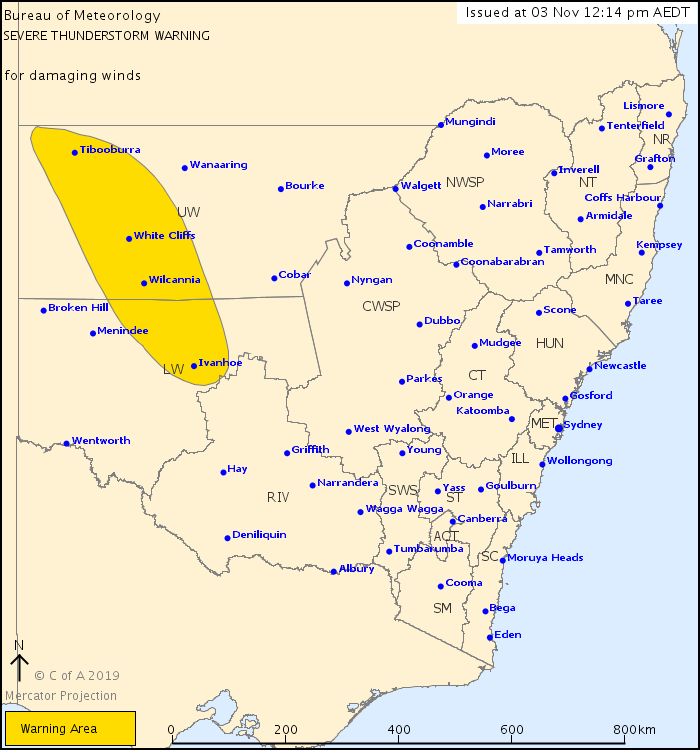