VIGOROUS WINDS DEVELOPING ACROSS THE EAST

DAMAGING WINDS, averaging 70 km/h with peak gusts in excess of 90 km/h, are likely for eastern districts during Friday afternoon and evening in the hours before and after the passage of the cold front. LOCALLY DESTRUCTIVE WINDS, averaging 80 to 90 km/h with peak gusts of around/in excess of 125 km/h are possible through the Illawarra, Sydney Metropolitan and Hunter districts this evening. While winds will ease behind the change, DAMAGING WINDS will remain over the Central Ranges and Southeastern Districts during Saturday, with gusty winds remaining for Sydney coastline over Saturday afternoon.

Significant areas of raised dust have developed across inland districts on Friday, and are likely to extend across the northern ranges and to the northern coastlines by Saturday morning.

Highest Wind Gusts Since 9am Friday: 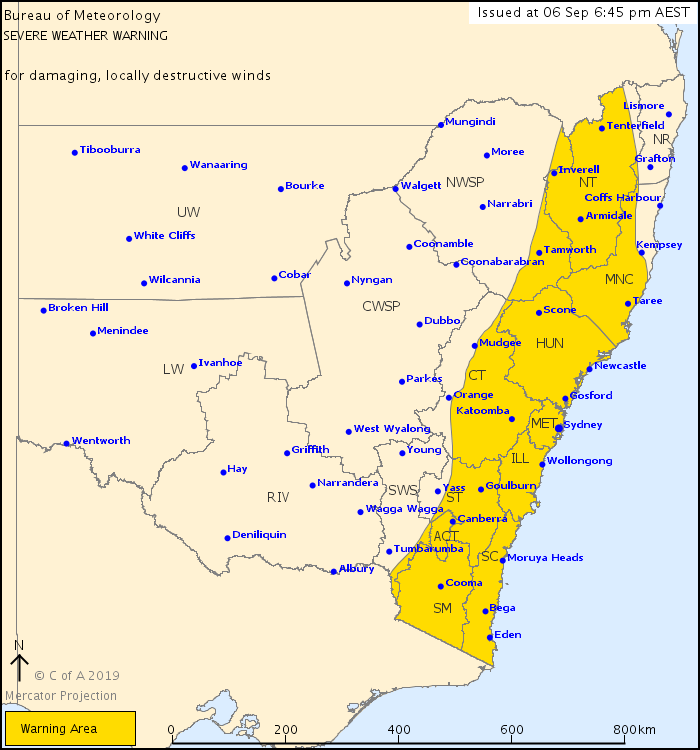