DAMAGING WINDS, averaging 60 to 70 km/h with peak gusts in excess of 90 km/h, are possible for southwestern New South Wales (including the Lower Western and western parts of the Riverina forecast districts) on Friday afternoon and evening. Winds are expected to ease a little in this area during Friday night.

DAMAGING WINDS, averaging 60 to 70 km/h with peak gusts in excess of 90 km/h, are possible eastern districts during Friday afternoon and evening along the cold front, possibly stretching over the northern ranges by the evening. DAMAGING WINDS, will remain over the Central Ranges and Southeastern Districts during Saturday, with gusty winds remaining for Sydney coastline over Saturday afternoon.

Significant areas of raised dust are likely to develop across inland districts on Friday, possibly extending to the northern coastline late on Friday afternoon or evening. 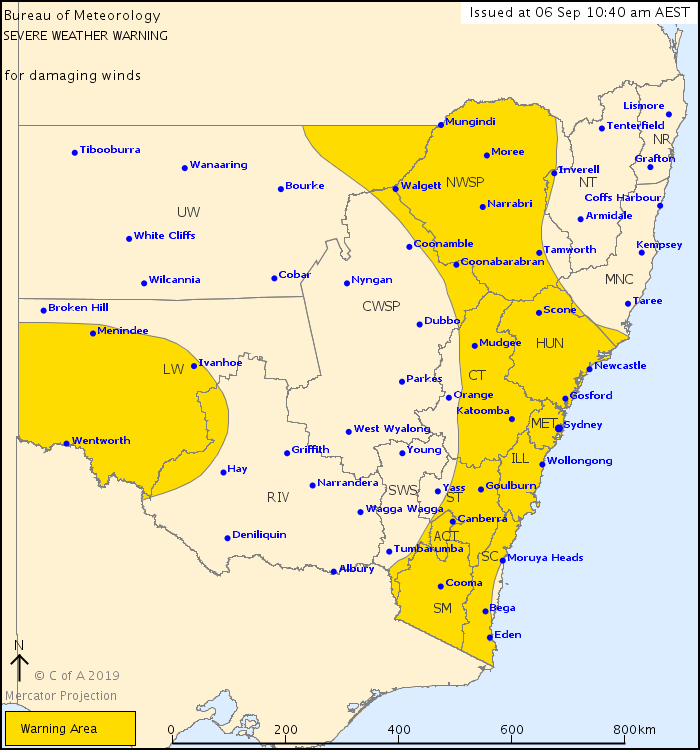