Weather Situation: vigorous west to northwesterly winds are forecast to develop over the higher ground about the central parts of the state during Saturday ahead of an approaching cold front.

DAMAGING WINDS, average 60 to 70 km/h with peak gust in excess of 90 km/h are expected today over the Illawarra, Sydney Metropolitan, Central Coast, and parts of the Southern and Central Tablelands and the Hunter forecast districts, including Barrington Tops.

DAMAGING WINDS, are also possible during the morning for the South Coast and eastern parts of the Snowy Mountains District. These winds will likely ease by late morning.

Winds are expected to gradually ease overnight Saturday into Sunday for remaining areas of the warning. 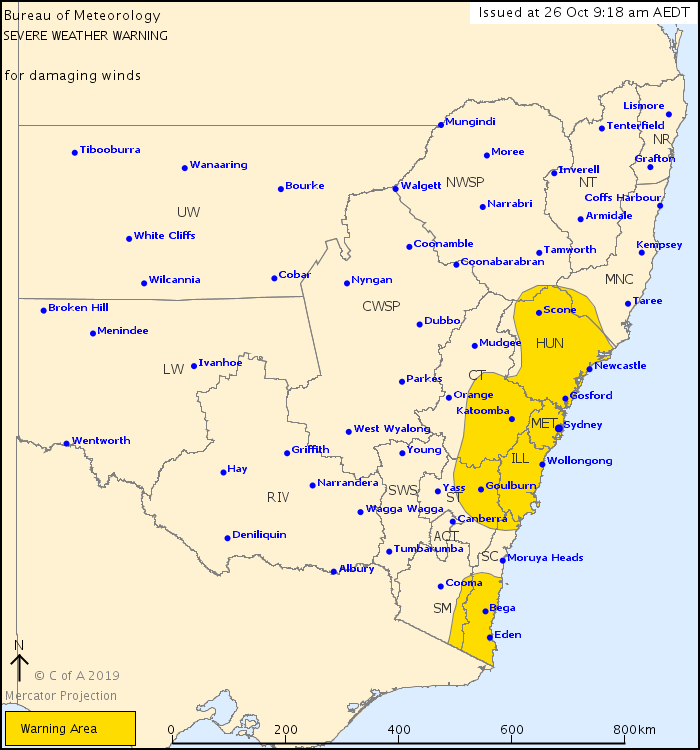