VIGOROUS WINDS OVER PARTS OF THE RANGES AND ILLAWARRA

A cold front is crossing the state today. This system is bringing vigorous westerly winds to much of the state, particularly eastern districts. Conditions are expected to ease somewhat once the front moves away to the east later tonight or Saturday morning.

Winds are expected to ease during Friday night or Saturday morning after the passage of the front.

Locations which may be affected include Bowral, Braidwood, Katoomba, Perisher, Thredbo Top Station, Bombala and the Barrington Tops, and, from Friday afternoon, Wollongong and Nowra.

BLIZZARDS are possible about the Alps on Friday. The NSW National Parks and Wildlife Service recommends that back country travel be postponed until conditions improve.

Mount Boyce AWS recorded a wind gust of 85km/h at 4:47am Thursday.

High Range (Wanganderry) recorded a wind gust of 83 km/h at 3:25am Thursday. 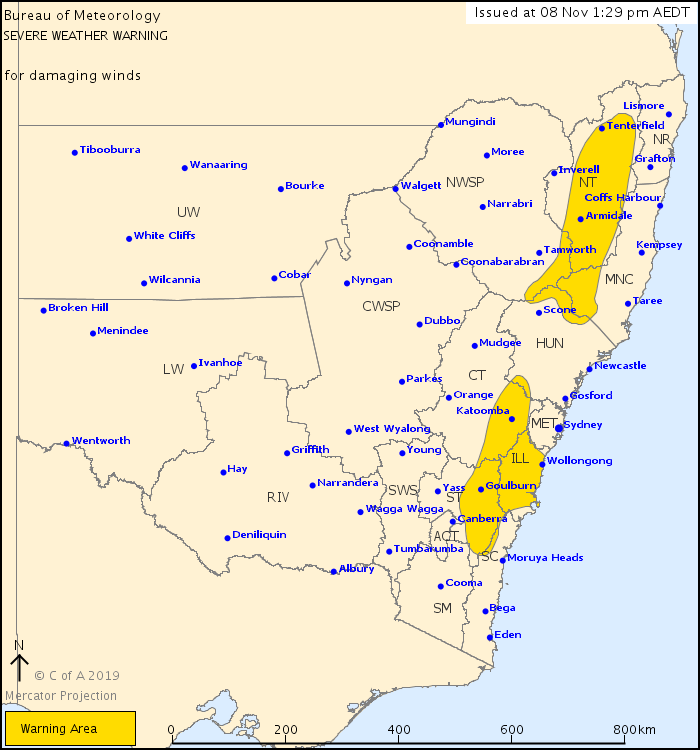