Issued at 10:29 am Tuesday, 12 November 2019.
GUSTY WINDS OVER PARTS OF THE SOUTH EAST AND CENTRAL EAST TUESDAY

A strong cold front will move through New South Wales and the ACT today, accompanied by vigorous westerly winds. The front will also bring a gusty southerly buster to the coastal fringe of the Illawarra, Sydney and Hunter districts in the late afternoon and evening.

Late this afternoon and evening: DAMAGING WINDS, averaging 60 to 70 km/h with gusts in excess of 90 km/h, are possible along the coastal fringe of the Illawarra, Sydney Metropolitan and Hunter districts (including the Central Coast).
Winds are expected to ease by Wednesday.

Locations which may be affected include Sydney, Wollongong, The Entrance, Nowra, Bowral, Braidwood, Goulburn, Cooma, Thredbo and Bombala. 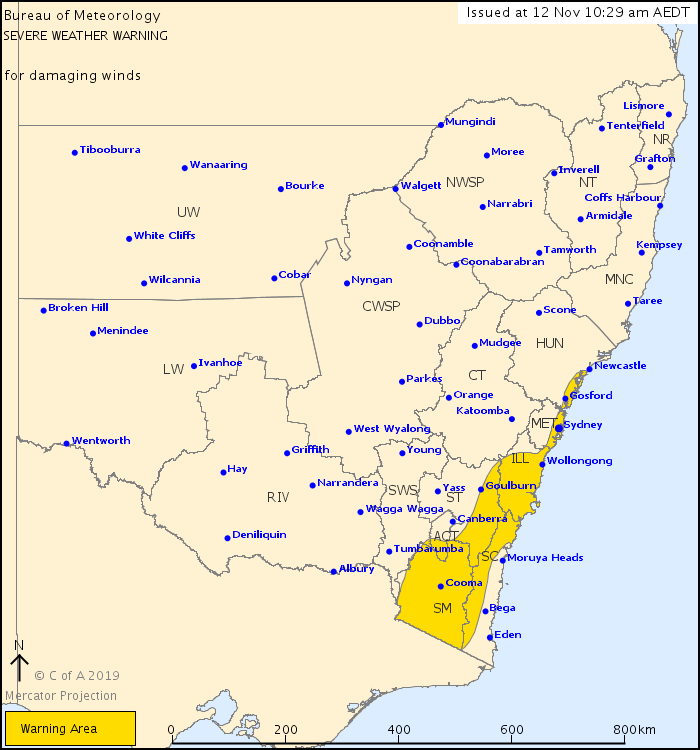