Damaging winds across southern and eastern parts of SA from early Friday.

Weather Situation: A low pressure system currently located south of the Bight will move eastwards and extend a cold front across southern parts during Friday. The low moves to a position southwest of Mount Gambier during the morning, then over Bass Strait during the day.

West to southwesterly winds increasing during the early hours of Friday morning over Eyre Peninsula and extending eastwards and northwards during the remainder of the morning.

For the Adelaide area, the windiest and wettest period is expected early morning until around midday Friday.

Areas of dust, reducing visibility, are possible across northern parts of the warning area.

Locations which may be affected include Adelaide, Port Lincoln, Whyalla, Renmark, Murray Bridge and Kingscote. 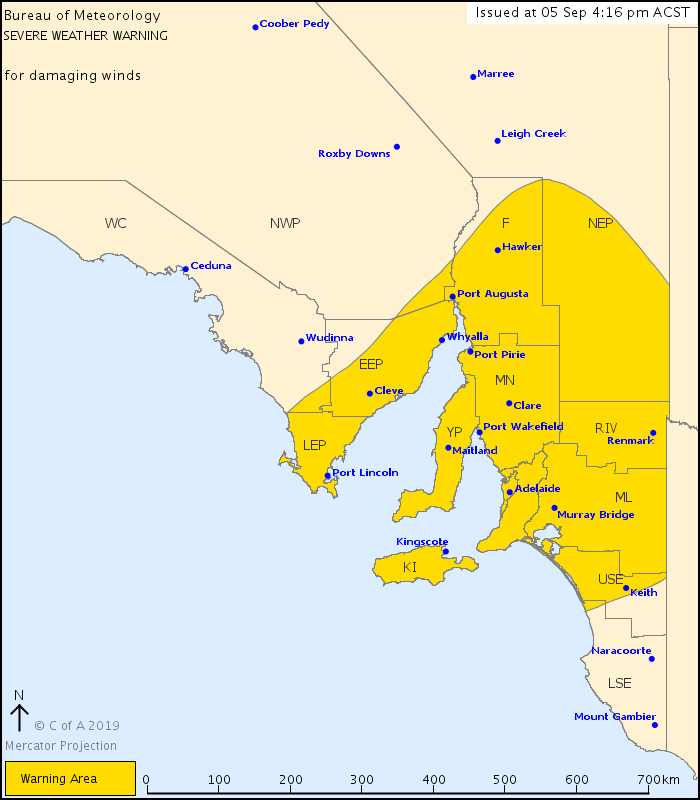