Issued at 10:41 am Friday, 6 September 2019.
Damaging winds across central and eastern parts of SA.

Weather Situation: A low pressure system south of Mount Gambier will move eastwards over Bass Strait during the day followed by a vigorous southwesterly airstream.
West to southwesterly winds are easing over Eyre Peninsula, but are forecast to increase further over the current warning area during the remainder of the morning before easing later this afternoon.

For the Adelaide area, the windiest period is expected late this morning until early afternoon.
Areas of dust, reducing visibility, are possible across northern parts of the warning area.
Locations which may be affected include Adelaide, Renmark, Murray Bridge, Victor Harbor and Kingscote.

Mean winds of 67 km/h with gusts to 85 km/h have been observed at Hindmarsh Island around 10 am. 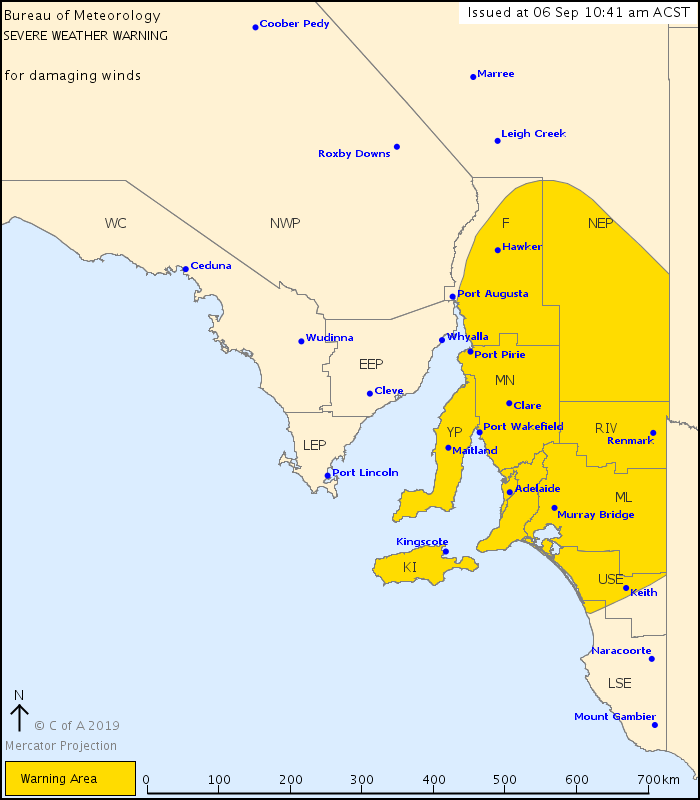