Windy over Elevated Areas during Sunday.

DAMAGING WINDS, averaging 50 to 70 km/h with peak gusts of 90 to 100 km/h are expected to develop over elevated parts (above 800 metres) of the warning area during Sunday morning.

Winds are expected to ease in the west around the middle of the day and over eastern areas later.

Locations which may be affected include Falls Creek.

The State Emergency Service advises that people should:
* Move vehicles under cover or away from trees;
* Secure or put away loose items around your house, yard and balcony;
* Keep clear of fallen power lines; 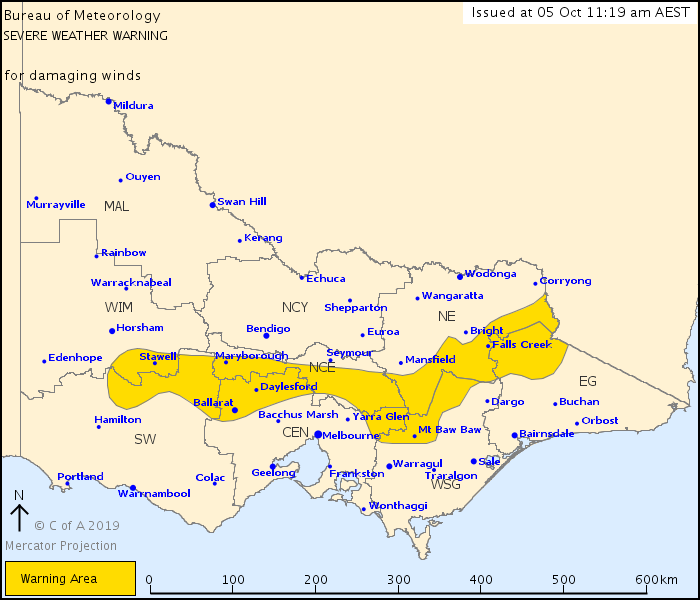