HEAVY RAIN which may lead to FLASH FLOODING is possible across parts of central and eastern Victoria during Saturday.

24 hour rainfall totals of 15 to 30mm are expected across the warning area, however periods of heavier rainfall are likely at times, with the possibility of 3 hour totals exceeding 30mm.

forecast to develop across elevated parts of eastern Victoria (above 1200 metres) around midnight tonight before easing below warning threshold during Saturday afternoon.

The State Emergency Service advises that people should:
* Move vehicles under cover or away from trees;
* Secure or put away loose items around your house, yard and balcony;
* Keep clear of fallen power lines;
* Don't walk, ride or drive through flood water;
* Keep clear of creeks and storm drains;
* Be aware that in fire affected areas, rainfall run-off into waterways may contain debris such as ash, soil, trees and rocks;
* Be alert that in areas recently affected by fires, heavy rainfall increases the potential for landslides and debris across roads; 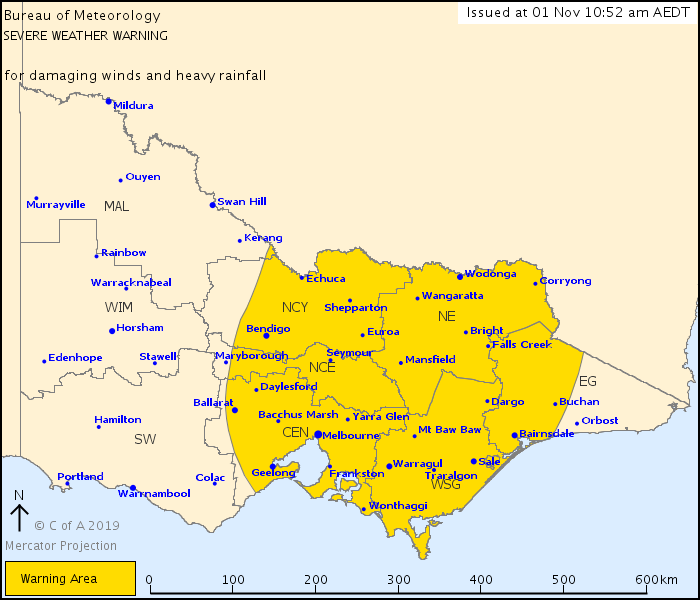